As a guest conductor Conrad works with some of the world’s most respected orchestras, such as the Russian National Orchestra, the Montreal and Svetlanov Symphony Orchestras, the Stuttgart, Brussels, Bogota, Macedonian and Moscow Philharmonics, the Berliner and Bochumer Symphoniker as well as the Symphony Orchestra of the Gran Teatre del Liceu in Barcelona.

Furthermore as artist of the Moscow Philharmonic Society he has regularly conducted the major Moscow orchestras and many more throughout Russia. For four years he was chief conductor of the State Safonov Philharmonic Orchestra.

At the turn of the new millennium, Conrad founded Sinfonia Rotterdam, of which he remains chief conductor and artistic director. The orchestra presents concert series at de Doelen in Rotterdam, at the Nieuwe Kerk in The Hague and at the Royal Concertgebouw in Amsterdam. Under Conrad’s leadership, it has become an internationally recognised ensemble, has made acclaimed recordings, and has toured Mexico, Brazil, Columbia, Chile, China and Russia.

Nobody knows exactly how the new season will look and to what extent the scheduled programs will be able to be performed.

We hope and trust that the many upcoming productions can continue unchanged. To mention a few:

"Van Alphen lead the Montreal Symphony Orchestra with a breath of fresh air in this truly symphonic marathon dedicated to the masterpieces of the Russian repertoire." 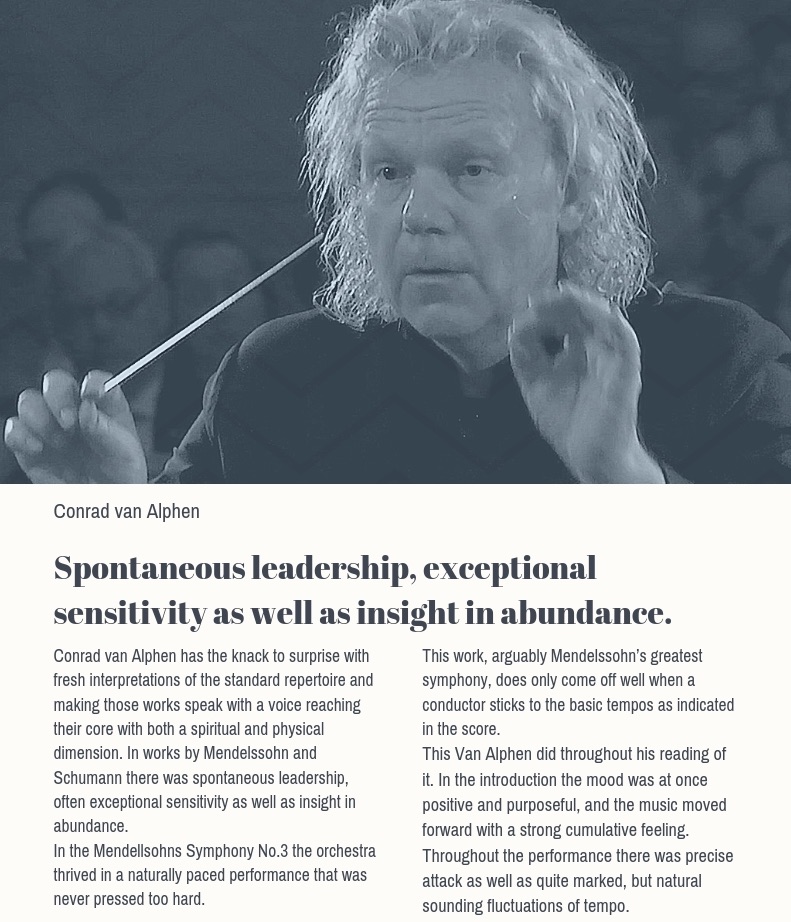